How does carbon heating film work?

LARX s.r.o. installs modern and efficient heating with electric carbon heating films. Due to the growing number of inquiries and mistakes spread among the public, we decided to write a clear technical article for our customers about how radiant heating and carbon films really work. 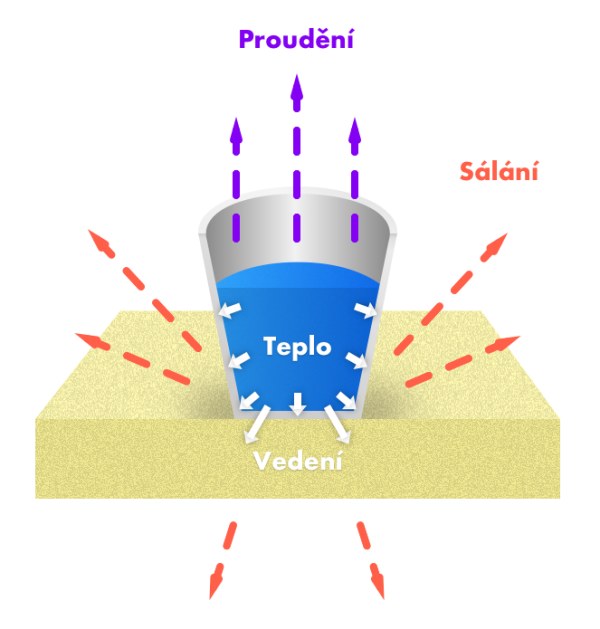 Conduction – this is how heat is distributed in the materials or between the materials that are touchinh. The heat moves the atoms of the material, those bumping into others, which also move, and the heat spreads like an avalanche. For example, thanks to this, the water in the kettle is heated and from it also the mug into which we pour the water into.

Convection – this spread occurs only in gases and liquids. The heat simply spreads in such a way that the heated air or hot water “flows” there.

Radiation – the only propagation of heat that is independent of the carrier or material. It is a pure form of energy propagation in the form of infrared light, which is invisible to humans, but is captured, for example, by a thermal camera. It spreads best in a vacuum, but even the air hardly absorbs it. It’s the way we get heat from the sun.

All objects around us have a temperature and all lose this heat. If we do not heat them permanently, they will be cold. Heat can be lost from them in all three of the above-mentioned ways. This can be illustrated, for example, on a mug of hot tea, which we place on the table. Because the mug touches the table, the heat is transferred to the table top and it is heated. Steam rises from the mug, a stream of heat that can heat the air in the room. Other heat will be propagated by radiation.

All hot surfaces that do not touch anything will radiate radiant heat in the form of infrared radiation. This is manifested by the fact that we do not even have to touch the mug, but we still feel that it is hot, just bring your hand closer. No heat can ever be lost, and as written above, all materials radiate heat. Therefore, even a table top that has warmed up from a mug will radiate heat.

And that’s exactly how carbon heating film work. Foil is a heat source that converts electrical energy into heat with almost 100% efficiency (from 100 W of supplied electricity we get 99 W of heat). It heats up and thus brings warmth to the room. It is hidden in the construction of the floor, it touches another solid material on both sides, and therefore practically all the heat spreads from it by conduction.

It spreads up and down, but because there is thermal insulation at the bottom and not at the top, a lot more heat will go up. Upwards, the heat passes through the entire composition of the floor and reaches the top layer, for example the laminate floor. It has a large area and is not covered, so the heat will spread further into the room by radiation. And that is the essence of radiant heating. Just like when we put our hand to a hot mug and feel the heat, the radiant heat from the floor will heat the ceiling, walls and all objects in the room, including people, and they will feel a pleasant warmth.

To be completely accurate, amount of heat will be radiated from the floor, but at the same time the air that touches the floor will be heated to a lesser extent by the duct, and this warm air will spread through the room by the flow. Radiators, incorrectly called radiators, work on this principle. The share of heat flux shared by radiation is 55% for underfloor heating and up to 80% for ceiling heating [1]. The remaining heat is spread by conduction and convection, but it also remains in the room.

Radiant heating has the advantage over conventional body heating that it is enough to heat to a lower room temperature to achieve the same sensory temperature. We can set the thermostat to a degree or two less than we are used to, comfort and well-being remain, but we save costs.

Electric heating is a common type used not only in residential buildings. Because electricity is only a carrier of energy, the actual sharing of heat to a room can be done in many ways. The heating system can thus have an electric boiler as a heat source, where the heating water is heated, or a storage tank. These are the central methods of heating that use water as a carrier. The transfer of heat between individual carriers (electricity, gas, water) leads to losses. However, carbon heating films are a local system and work on the basis of direct conversion of electrical energy into heat. Thus, the need for another lossy carrier is eliminated and the conversion of energy takes place directly at the place of need.

Carbon is not a metal. Electromagnetic smog, ie radiation, is created by the passage of an electric current through metal conductors. Carbon heating films have negligible metal components and therefore the production of smog is minimal. Especially compared to heating cables or mats, which are metallic, and thus the production of smog in the room space is considerably higher. Our heating system LARX CARBON-FILM.COM has the strictest European certificates for operation in living rooms.

There are two options for where to place the heating film in the floor. If we have a living room with a laminate, vinyl, etc. floor, it is best to install carbon film directly under the upper tread layer of the floor. The heating will thus have fast reactions to temperature changes and will have a fast start-up. This is a direct heating mode.

However, when there are tiles and humidity in the room, the same way would not guarantee us a long life of the heating. Therefore, the solution is to use a durable carbon film and place it under the tiles and under concrete or anhydrite. The durable carbon heating film will withstand this method of installation – it was created for industrial use and will work throughout the normal life of the building. The heating will work in accumulation mode, the reaction and start-up will be slow, but the warm floor will last much longer after the heating is switched off. It is also possible to use a carbon heating film with a higher output per square meter.

In any case, the amount of energy supplied (kWh) in direct heating and storage mode is approximately the same. The losses do not depend on the type of heating, but on the heat loss of the house or room.

Electric heating films are very thin, the thickness is up to 1 mm. The supporting part consists of two glued strips, between them there is the resistance heating element itself, which is made of carbon paste. This paste is made by pressing fine carbon dust, which is used, for example, as a colorant in printer ink. Also the application process on the PET strip is similar to printing. Performance (or resistance) is affected by the ratio of carbon and graphite in the paste. These heating elements are arranged in parallel along the length of the strip in the form of strips of approximately two centimeters.

At both longitudinal edges of the heating film there are copper strips which connect the individual carbon strips. For better conductivity between copper and carbon, a conductive silver paste is applied between them. The power cables are attached to these strips with eyelets and reconnected, usually in parallel. It is necessary to carefully insulate the ends of the foils and all joints, then cover everything with PE foil with a thickness of at least 0.25 mm.

Heating films are also produced in a self-regulating variant, where the conductivity of the carbon layer changes. Self-regulating foils are used especially for higher power requirements, going up to 200 W / m2. With such performances, it is possible to come across normative restrictions on the contact temperature of the floor, so it is sometimes more appropriate to place the film on the ceiling in the ceiling. Even in this case, however, care must be taken to ensure maximum power so as not to exceed the limit of maximum exposure of the scalp, which is just 200 W / m2.

The advantage over hot water underfloor heating is the same temperature along the entire length of the film.

The durable carbon film works on the same principle, but its design is different, improved for use in demanding conditions. It is designed for pouring into concrete. It consists of interwoven carbon fibers to ensure high tensile strength and is coated with a durable plastic film. The connectors are firmly connected by soldering. This film is commonly used in industry and in residential buildings in technical rooms, bathrooms and everywhere where there are tiles. 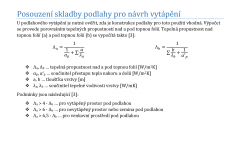 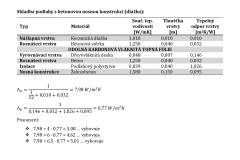